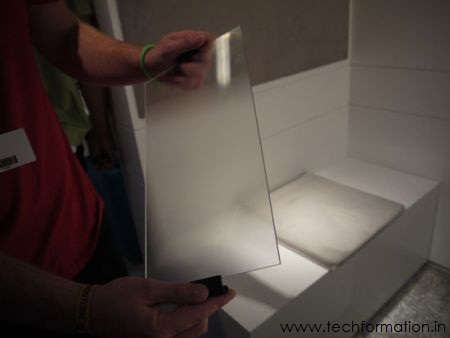 To view a film in 3D, some sort of glasses are required because the glasses brings together the two different frames in the movie as one to present you a dramatic 3D experience. But wearing 3D glasses always is not suitable to some people and it is inconvenient too.
What if you can wear these 'glasses' to television or laptop itself? Sony Corporation got the same idea and developed 'glasses' to television to view 3D films. This is named as 'Lenticular Sheet' which is nothing but a thin layer that can be placed in front of any laptop or TV to see movies in 3D. This sheet requires software to function.