Every one who deals with electrical appliances directly or partially are aware of electric shock due to the faulty connections or loose contacts or broken wire. Actually we may not predict the fault until we get a shock. But, it is not a major problem until it is household power supply. If the same case occurs for an industrial power unit, we may loose our lives too. This is of such serious issue. Now, designers saves the day by inventing a new solution for this problem. That is shockproof electrical wire concept. 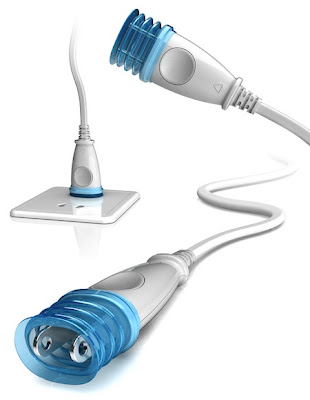 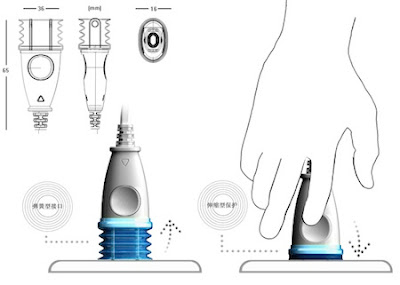 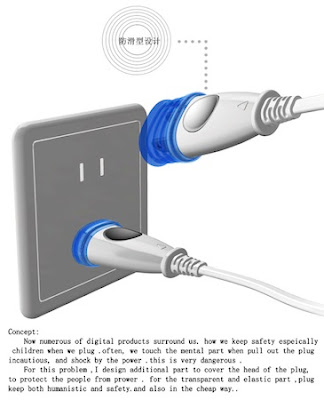 The major issue in designing this shockproof wire is the use of collapsible coat at the end of the plug, which will separate the terminals of the plug from our fingers. As you can see from the figure, the coat covering the couple of terminals which is shock free to use and even water too cannot enter inside the wire. Awesome design isn't it?