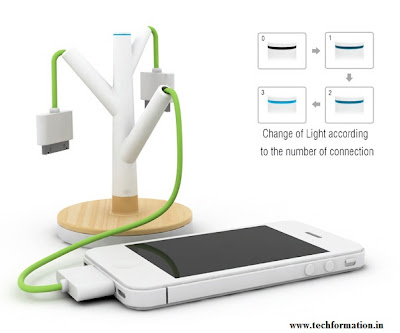 Charging stations are very common at airports, railway stations where a bulk ports are released and many phones and portable devices can be connected in a row. Same concept applied here but with a designer touch. Resulting in a trendy designer 'Tree Charger'. These chargers if kept in a hotel rooms, residences and pubs give really awesome look. The green cords can be pulled out when necessary can can be plugged in to the portable device. The number of devices increase, the color of the light display varies. 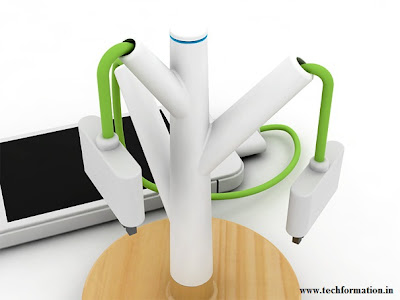 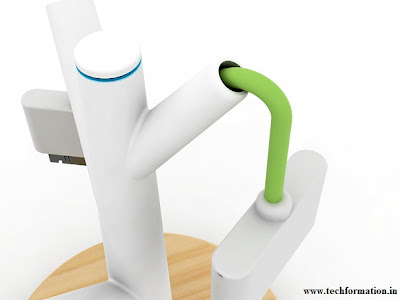